Rwanda is set to begin trials with an HIV injection drug, which is regarded as a more improved and sustainable way of treatment, according to the head of the Rwanda Biomedical Centre (RBC).

If the drug successfully completes its trial, it means that HIV patients on antiretroviral (ARV) drugs will no longer have to take drugs on a daily basis.
Dr Sabin Nsanzimana says the injection lasts 8-weeks compared to the pill which is taken daily by HIV patients.
“Different sessions will be held including a specific session on the trial of the 8-week injection among others. We look forward to Rwanda gaining more from it,” Nsanzimana was quoted as saying by local publication, The New Times.
The trial drug is set to be discussed during the 20th International Conference on AIDS Sexually Transmitted Diseases in Africa (ICASA) which will be held in the Rwandan capital Kigali from December 1-7.
According to Dr Nsanzimana Rwanda was selected to host the biennial African conference as it scored favorably on reliable infrastructure, security, health, successful HIV-related programmes among other issues.
Researchers from all over the world are expected to share their findings on HIV, learn from each other’s expertise and develop new models to end the epidemic.
A community village programme which connects ICASA delegates and the general public will be held concurrently at the Kigali Conference and Exhibition Village.
According to the UN, new HIV infections in Rwanda dropped by 20% between 2010 and 2017 (9300 to 7400) while AIDS-related deaths reduced by almost 50 percent in the same period, (6000 to 3100).
at November 29, 2019 No comments: 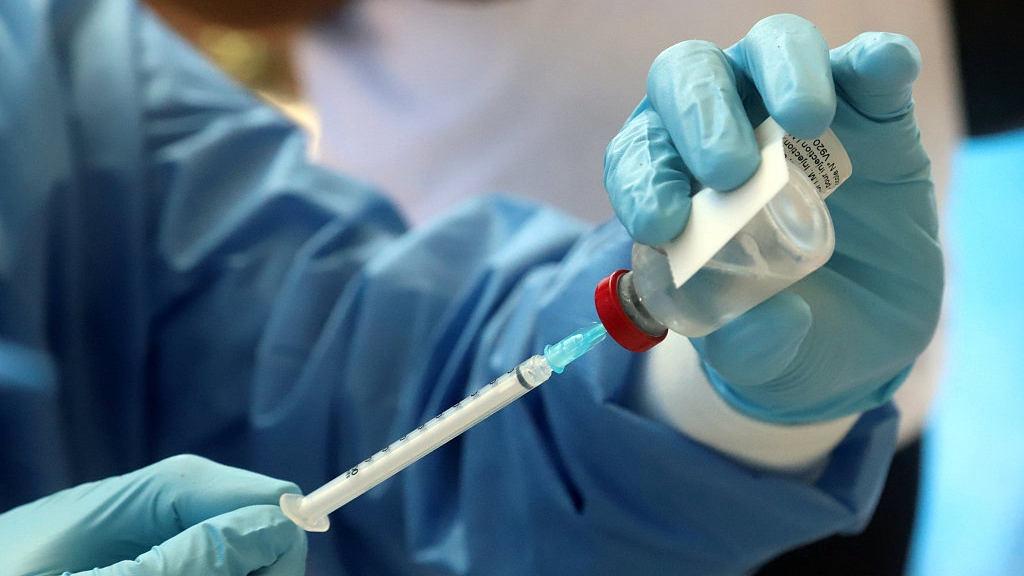 The world's first ever Ebola vaccine won approval from the European Commission (EC) on Monday to be marketed in the bloc after more than two decades of research.
U.S. drugmaker Merck received approval from the EC to market its Ebola vaccine, less than a month after a European medicines panel backed the first ever vaccine against the deadly virus.The vaccine, Ervebo, is approved for individuals aged 18 years and older and has already been used under emergency guidelines to try and protect against the spread of a deadly Ebola outbreak in the Democratic Republic of Congo.The shot is also being reviewed by U.S. health regulators and a decision is expected in the first quarter of next year.The Ebola virus causes hemorrhagic fever and spreads from person to person through direct contact with bodily fluids. It kills around half of those it infects.Since the middle of last year, the Congo Ebola outbreak has killed more than 2,100 people. This makes it the second largest Ebola outbreak in history after the 2013-16 epidemic in West Africa that killed more than 11,300."The EU is supporting international efforts to combat Ebola on all fronts, from vaccine development to delivering humanitarian aid on the ground," EU Ebola Coordinator Christos Stylianides said in a statement dated November 10.
Merck has said that its priority was to get regulatory approval of its Ervebo manufacturing site in Germany so that a licensed supply of the vaccine "can be used to support global public health preparedness."
(With input from Reuters)
at November 16, 2019 No comments:

Email ThisBlogThis!Share to TwitterShare to FacebookShare to Pinterest
Labels: VIROLOGY

People who are sexually active and want to avoid pregnancy should be aware of their options when it comes to birth control. There are many types of contraception available to help avoid pregnancy. However, the only completely reliable method for avoiding pregnancy is abstaining from sex.
The Family Planning Association (FPA) in the UK, claim that up to 90 percent of sexually active women will become pregnant in 12 months if they do not use contraception. A person risks becoming pregnant every time they have sex without contraception, including the first time they ever have sex.
Some methods are available without a prescription, but most require one. Each form of birth control has advantages and disadvantages. Read on to learn more about the different types of contraception designed to help people avoid pregnancy.

Barrier methods prevent sperm from reaching the egg. They include:

Male and female condoms are the only types of contraception that protect against sexually transmitted infections (STIs).
When used correctly, male condoms are more than  effective against pregnancy, according to the Centers for Disease Control and Prevention (CDC).
To use a male condom correctly:
Most male condoms are made of latex, but other types are available for those with a latex allergy. If using a lubricant, check that it is compatible with the kind of condom being used. For example, latex condoms can only be used with water-based lube.
Condoms are available over-the-counter (OTC), without a prescription, from supermarkets, drugstores, or online. Latex-free condoms are also available to buy online.

A diaphragm is a barrier method of contraception that a person places inside the vagina. It is important to apply spermicide to the diaphragm before each use.
When used with spermicide, the CDC estimate that the diaphragm is close to  effective.
A person must insert the diaphragm a few hours before intercourse, leave it in place for 6 hours after sex, and remove it after 24 hours. Diaphragms do not protect against STIs.

A cervical cap (sold as FemCap in the United States) is a soft silicone cup that is placed deep inside the vagina. It covers the cervix to stop sperm from reaching an egg.
This effectiveness of the cervical cap varies according to sources, but Planned Parenthood estimate that its effectiveness ranges from about 70 to 85 percent. It does not protect against STIs.
Cervical caps are available in drugstores and online.

Spermicide is a chemical that inactivates sperm. It is available to buy without a prescription and is used with forms of barrier contraception, such as condoms, but not with the sponge.
If used alone, spermicide should be inserted close to the cervix at least 10 minutes before sex. It remains effective for 60 minutes and is approximately  effective.
Spermicide gels can be found at drugstores or purchased online. Talk to a doctor about the most effective ways to use spermicide as a contraceptive.

Hormonal forms of birth control prevent conception by stopping ovulation, which is the release of an egg from the ovaries. This type of contraception does not protect against STIs.
Most hormonal contraceptives are only available with a prescription from a doctor and, except for emergency contraception, it is not usually available online.

Birth control pills are one of the most commonly used methods of contraception in the U.S.
There are various brands of pill available, and according to the National Health Service (NHS) in the UK, they are over 99 percent effective if taken as prescribed.
However, with typical use, they are approximately 95 percent effective.
There are two forms of the pill:

According to the NHS, the contraceptive patch is 99 percent effective when used correctly. With typical use, it is closer to  effective.
A person can place a contraceptive patch on the:
A person must wear each patch for 3 weeks, before removing it for 1 week to allow for a menstrual period. There is a small risk of skin irritation.

The contraceptive shot (Depo-Provera) is usually given by a doctor every 12 weeks. According to the CDC, when used correctly, and assuming that a person gets their shot on time, it is over  effective at preventing pregnancy.
According to Planned Pregnancy, it may take up to 10 months, or sometimes longer, for fertility to return to normal after a person stops getting the contraceptive shot.

According to the NHS, the birth control ring known as the NuvaRing is over 99 percent effective when used correctly, but is typically less than  effective due to human error.
This small, plastic ring is placed in the vagina for 3 weeks. It releases hormones into the body to prevent pregnancy.
The ring must be removed for 7 days to allow for a menstrual period before a inserting a new ring.

Intrauterine devices (IUDs) and implants are long-term contraceptive devices. The NHS state that they are over 99 percent effective at preventing pregnancy because there is little room for human error. However, they do not protect against STIs.

An IUD is a small device that a doctor inserts into the uterus. There are two types of IUDs:
Adverse reactions include spotting between periods, irregular periods, and menstrual cramps.

Implants are another form of hormonal birth control. A nurse or doctor inserts a matchstick-sized rod into a person's arm to protect against pregnancy.
Implants work by releasing the hormone progestin into the body, which prevents ovulation. The CDC estimate that implants are also greater than  effective for contraception.
Implants must be replaced about every 3 years.

The natural method of contraception involves tracking the menstrual cycle and avoiding sex when a person is in the fertile phase of the menstrual cycle.
An individual's "fertile window" lasts for around 6 to 9 days per month and coincides with ovulation, which is the release of the egg.
Several methods are possible for natural family planning. Many people use the following signals to work out whether they are ovulating or are in their fertile window:
Each person's fertile window is different, so a person should pay attention to their body's signals. According to the CDC, natural family planning methods are about 76 percent effective when followed accurately.

Both women and men can undergo procedures to reduce their fertility permanently. The NHS state that these procedures are typically over 99 percent effective at preventing pregnancy, but they do not protect against STIs.
Men can get a vasectomy, which involves snipping the tubes that carry sperm. It is a minor procedure that does not require hospitalization. A vasectomy reversal is possible in some cases. However, fertility after reversal is not always fully restored.
Women can have a sterilization procedure known as tubal ligation. It involves clamping or sealing the fallopian tubes. The effects are usually permanent. In rare cases, tubes can reconnect and result in pregnancy.

When to take a pregnancy test

A woman can take a pregnancy test if she suspects she is pregnant, especially if her usual method of contraception has failed recently.
Signs of pregnancy include:
Home pregnancy tests are inexpensive and available in pharmacies, drugstores, and from reputable websites online. It is a good idea to have the results confirmed by a doctor.

There are many contraceptive options to help avoid pregnancy, ranging from barrier methods to hormonal pills, patches, and IUDs.
Different methods may work better for different people, and a person may try several options before working out the contraceptive strategies that work for them.
Methods of contraception vary in terms of their effectiveness. People who are sexually active should speak with their doctor about the available options, so they can choose the method that is best for them.
Finally, remember that male and female condoms are the only types of contraception that prevent STIs.
at November 15, 2019 2 comments: