How close is human and animals health related? 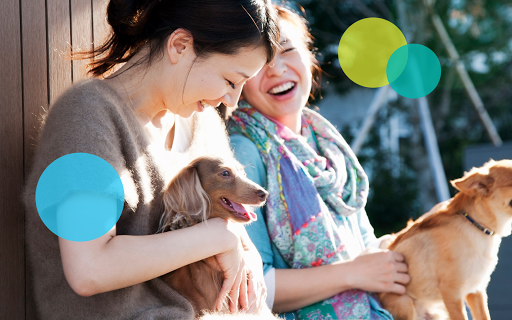 The Pirbright Institute, are working to deliver a vaccine that can prevent the disease which only affects pigs, and we hope it will spur greater public investment in animal medicine.

And it’s not only animals that could benefit from such work. We have seen in the past how research that initially set out to tackle diseases in animals has helped, for example, to prevent cancer in people.

As a professional with more than 20 years’ experience in veterinary medicine, I see this interconnectivity as a tremendous opportunity for both medical and veterinary research to maximise their impact.

We have seen some of our greatest advances take place when veterinary and human medicine has converged, and this is the way medicine should be practised.

Through searching for a vaccine that would protect cows from BPV, which can cause tumours, researchers at the Beatson Institute in Glasgow discovered a successful formula involving a molecule similar to the most common HPV. This paved the way for the vaccine that has since been found to halve the number of new cases of cervical cancer.

Elsewhere, Dr William Campbell and Professor Satoshi Ōmura were awarded the Nobel Prize in Physiology/Medicine in 2015 through adapting a drug originally used to control parasitic worms in animals to treat River Blindness in people.

The treatment, Ivermectin, is a wonder-drug that has protected billions of livestock and pets worldwide from parasites since the 1980s. Now, some 200 million people a year also take it to treat the parasitic worm that causes River Blindness, a disease transmitted by a biting fly often found near rivers in sub-Sahara Africa, South Asia and Central America.

So where could the next breakthrough come from?

It could be that research into a tick-borne cattle disease known as East Coast Fever offers new insights into malaria control for people.

There have been signs that cattle can be protected from East Coast Fever through exposure to a milder form of the parasite, a principle that could hold potential for protecting humans against malaria.

Or it could be a new multi-species vaccine against Rift Valley Fever, a disease transmitted by at least 10 species of mosquito to livestock and people, mainly in Africa. Vaccinating both people and animals with the same product will make disease protection cheaper and disease elimination faster.

The intersection between human and animal medicine is called zoobiquity, and combines the knowledge of evolutionary biology with veterinary science and human medicine. But it’s also known as One Health because it reflects the principle that the health of animals and humans and the environment are all inter-related.

With more commitments to support joint research, who knows where the next breakthrough could take us.

Email ThisBlogThis!Share to TwitterShare to FacebookShare to Pinterest
Labels: ANIMALS, ONE HEALTH

Fact and truth about covid vaccine 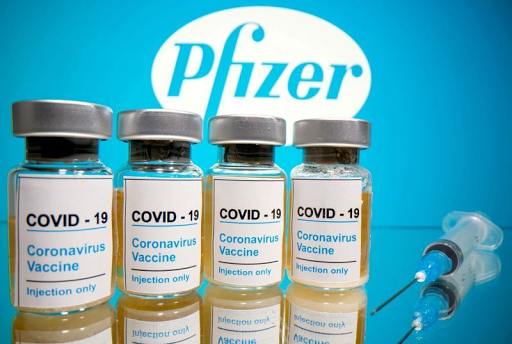 Vaccine hesitancy and anti-vaccine claims are surging across the world, even as we get closer to having a COVID-19 vaccine ready. This has also affected one of the prime vaccine candidates we have right now, Pfizer.

Pfizer-BionTech’s novel COVID-19 vaccine, BNT-162, which is one of the most promising vaccines approved for selective use right now has, too, been subjected to criticism and false claims, despite its strong safety and efficacy reports.

According to reports surfacing on social media pages, some users suggest that Pfizer’s vaccine could be bad for women of reproductive age.

The growing claims are raising concerns on the public level, as authorities draw up lists to inoculate the first doses amongst healthcare workers, senior citizens and hospital staff in the coming week.

A viral report, which cites Pfizer’s ‘head of research’ suggests people to not take the vaccine jab, as it can cause female sterilization. The social media post, which has been widely shared and circulated also offers a sort of explainer, adding that the vaccine works to deliver a robust immune response against a spike protein, 'synctin-1', which is vital for placental formation and once the vaccine is administered, it could cause sterilization and problems related to infertility.

The post reads: "The vaccine contains a spike protein (see image) called syncytin-1, vital for the formation of human placenta in women. If the vaccine works so that we form an immune response AGAINST the spike protein, we are also training the female body to attack syncytin-1, which could lead to infertility in women of an unspecified duration." The claim is similar to the one which suggested that the Oxford-Astrazeneca shot may be bad for males, and contains parts of human aborted fetus. Related posts also suggests that some of the leading scientists and ex-heads of Pfizer have urged the medical community to draw COVID vaccination studies to an end because of significant safety concerns and threats to reproduction TRUTH

Even though the vaccine studies being conducted right now are happening in an accelerated, unprecedented manner, Pfizer’s vaccine jab is one of the earliest shots in the offering right now which carries a strong 94% efficacy rate.

Pfizer's vaccine, which is wrapping up phase III trials makes use of a novel mRNA approach, which trains the immune system to 'recognize' an illness-causing strain or germ. The vaccine, which has been widely tested on 30,000 + volunteers (both healthy and young) hasn’t been observed to carry adverse reactions or side-effects which could impact its functioning. Also, most trials are being regulated under the purview of the World Health Organisation (WHO) and subject to stringent norms. None of the trials differentiate between male and female volunteers. Hence, the odds of any vaccine being bad for just one sex would be a tall claim to make. Secondly, as of right now, none of the volunteers who have spoken up about the vaccine trials have reported suffering from mysterious side-effects such as the one being reported on social media. VERDICT

There is also no evident or anecdotal studies which suggest that COVID vaccines may be detrimental to fertility. Most COVID vaccines currently under work build up the body’s defences, spike antibody counts to prevent future COVID strike. There is no other impact on any other vital body functioning.

Remember, giving in to vaccine hesitancy may only contribute to the spread of the pandemic, and not break the chain. However, at the same time, it should be noted that all COVID-19 vaccines are newly made, so identifying long-term damages, or other health implications would require a lot more research.

Sponges that wipe out cancer 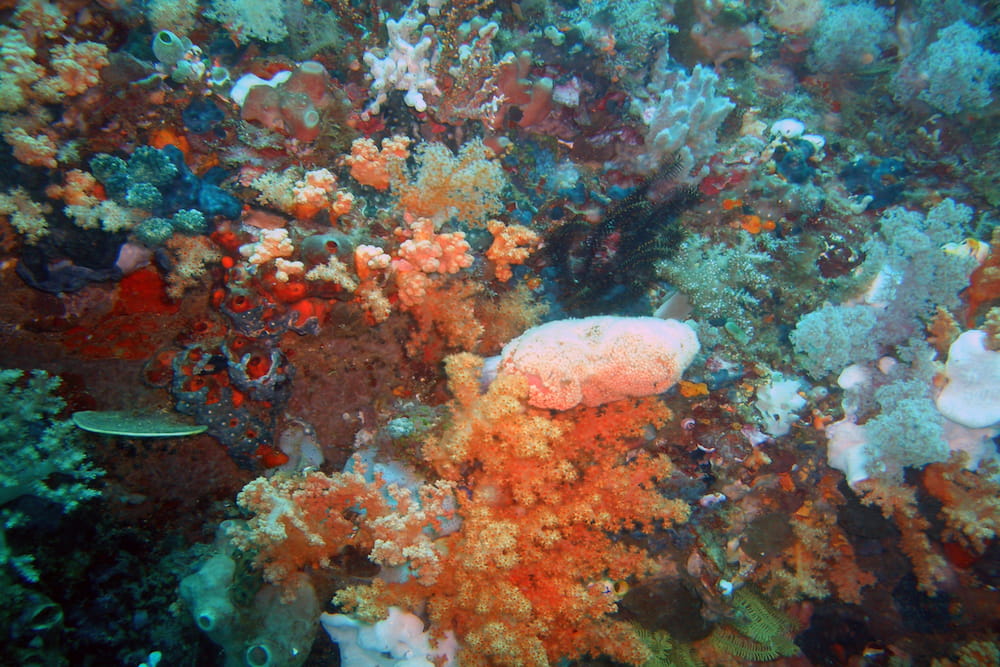 A sponge found in Manado Bay, Indonesia, makes a molecule called manzamine A, which stops the growth of cervical cancer cells, according to a recent publication in the Journal of Natural Products submitted by researchers at the Medical University of South Carolina (MUSC) and their collaborators. Collaborators include students and investigators at the University of South Carolina (UofSC), College of Charleston, Gadjah Mada University in Indonesia and the University of Malaya in Malaysia.
YOU MAY BE INTERESTED: Dairy milk increases the risk of breast cancer
The American Cancer Society estimates that there will be 13,800 new diagnoses of cervical cancer and 4,290 deaths in 2020. Though Pap tests and HPV vaccination have decreased the number of cervical cancer deaths, cervical cancer remains the fourth most common cancer in women.
The MUSC-UofSC study examined the anti-growth and cancer cell-killing effects of manzamine A in four different cervical cancer cell lines. Manzamine A stopped cervical cancer cells from growing and caused some cells to die but did not have the same effects on normal noncancerous cells.
YOU MAY BE INTERESTED: Turmeric anticancer property
"This is a highly exciting new application for a molecule that has earlier shown significant potential for the control of malaria and has good drug-like properties," said Mark T. Hamann, Ph.D., the SmartState Charles and Carol Cooper Endowed Chair in Pharmacy and professor in the Department of Drug Discovery and Biomedical Sciences at MUSC. Hamann also serves as the co-senior author of the report.
"Natural products have led to the development of most of our antibiotics and anti-cancer therapies and many controls for pain," explained Hamann.
The study's other co-senior author, Dev Karan, Ph.D., was formerly an associate professor at UofSC before moving to the Medical College of Wisconsin, where he is an associate professor in the Department of Pathology.
In earlier work, Hamann's group identified sponge-derived compounds effective against melanoma as well as prostate and pancreatic cancers. Manzamine A is also effective against the parasite responsible for malaria, leading to a single-dose cure in rodents. Some analogs of this unique class of drugs are candidates for the control of COVID-19, the disease caused by the new coronavirus.
In the current report, manzamine A reduced expression levels of a protein known to be highly expressed in a number of cancers, including cervical cancer, and to contribute to poorer patient outcomes.
Computer modeling showed that manzamine A shares similar structures with known inhibitors of the protein, yet manzamine A is 10 times more potent in blocking the problematic proteins.
Several patents have been filed on manzamine A, and a startup company is in the works.
Next steps are to establish its clinical relevance, according to Hamann.
"The goal now is to make sure that it works in animals and then try to advance it into clinical applications and further development," said Hamann.
While these molecules can be synthesized in the laboratory, Hamann doesn't think that's the best process.
"Most of the starting materials for lab-based synthesis are derived from petroleum," he explained. "In contrast, sponges in their natural habitat can be successfully farmed, and unlike other forms of aquaculture, clean the environment."
Therefore, production of these molecules from sponges growing in the environment would likely be the best source while providing opportunities for economic development in rural Indonesia.
However, the potential to find new therapeutic uses like this one for natural products hinges on species diversity, according to Hamann.
"The preservation of species diversity is extremely important, as is the diversity of the chemicals they produce and the opportunities for treating cancer that they offer," explained Hamann. "If 50 years of climate change remains unchecked, projections are that we may lose one-third of the global species diversity. So with that will go opportunities like this."
at December 06, 2020 2 comments: