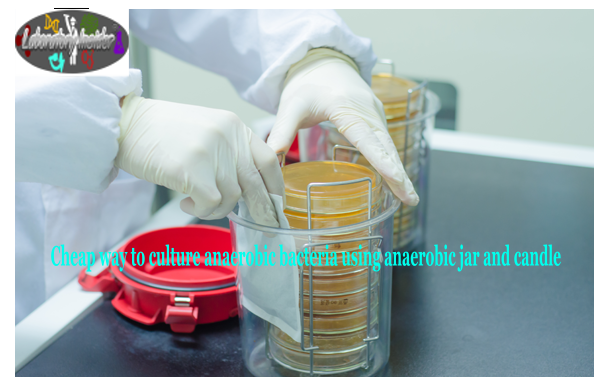 Purpose
Anaerobic bacterial cultures are performed to identify bacteria that grow only in the absence of oxygen and which may cause human infection. If overlooked or killed by exposure to oxygen, anaerobic infections result in serious consequences such as amputation, organ failure, sepsis, meningitis, and death. Culture is required to correctly identify anaerobic pathogens and institute effective antibiotic treatment.

Report Advertisement
It is crucial that the health care provider obtain the sample for culture via aseptic technique. Anaerobes are commonly found on mucous membranes and other sites such as the vagina and oral cavity. Therefore, specimens likely to be contaminated with these organisms should not be submitted for culture (e.g., a throat or vaginal swab). Some types of specimens should always be cultured for anaerobes if an infection is suspected. These include abscesses, bites, blood, cerebrospinal fluid and exudative body fluids, deep wounds, and necrotic tissues. The specimen must be protected from oxygen during collection and transport and must be transported to the laboratory immediately. The health care team member who performs the collection should follow universal precautions for the prevention of transmission of bloodborne pathogens.

Description
Anaerobes are normally found within certain areas of the body but result in serious infection when they have access to a normally sterile body fluid or deep tissue that is poorly oxygenated. Some anaerobes normally live in the crevices of the skin, in the nose, mouth, throat, intestine, and vagina. Injury to these tissues (i.e., cuts, puncture wounds, or trauma) especially at or adjacent to the mucus membranes allows anaerobes entry into otherwise sterile areas of the body and is the primary cause of anaerobic infection. A second source of anaerobic infection occurs from the introduction of spores into a normally sterile site. Spore producing anaerobes live in the soil and water and spores may be introduced via wounds especially punctures. Anaerobic infections are most likely to be found in persons who are immunosuppressed, those treated recently with broad-spectrum antibiotics, and persons who have a necrotic, discolored injury on or near a mucus membrane, especially if the site is foulsmelling.

Some specimens from which anaerobes are likely to be isolated are:

Report Advertisement
The keys to effective anaerobic bacteria cultures include collecting a contamination-free specimen and protecting it from oxygen exposure. Anaerobic bacteria cultures should be obtained from an appropriate site without the health care professional contaminating the sample with bacteria from the adjacent skin, mucus membrane, or tissue. Swabs should be avoided when collecting specimens for anaerobic culture because cotton fibers may be detrimental to anaerobes. Abscesses or fluids can be aspirated using a sterile syringe that is then tightly capped to prevent entry of air. Tissue samples should be placed into a degassed bag and sealed, or into a gassed out screw top vial that may contain oxygen-free prereduced culture medium and tightly capped. The specimens should be plated as rapidly as possible onto culture media that has been prepared as prereduced anaerobically sterilized media (PRAS). Alternatively, media that contains a reducing agent such as dithiothreitol or palladium chloride and has been stored for one day in an anaerobic chamber can be used.

Culture
Broth and solid media should both be inoculated. The culture media should include anaerobic blood agar plates enriched with substances such as brain-heart infusion, yeast extract, amino acids, and vitamin K; a selective medium such as kanamycin-vancomycin (KV) blood agar or laked blood agar; and a broth such as brain heart infusion broth with thioglycolate or other reducing agent. The choice of media depends upon the type of specimen. Some commonly used media include prereduced peptone-yeast extract-glucose broth which is suitable for analysis of volatile products by gas chromatography; egg yolk agar for detection of lecithinase acitivity of Clostridium spp.; cycloserine-cefoxitin-fructose agar (CCFA) for isolation of Clostridium difficile from stool; and Bacteroides bile esculin agar for isolation of the Bacteroides fragilis group.

Cultures should be placed in an environment that is free of oxygen, at 95 °F (35 °C) for at least 48 hours before the plates are examined for growth. In addition, blood agar plates should be cultured both aerobically and in 10% carbon dioxide. Comparison of these cultures to anaerobic cultures is needed to identify the oxygen tolerance of the organisms. An anaerobic glove box made of acrylic or plastic with sealed armholes and attached gloves is the most commonly used environment for anaerobic culture. The interior of the glove box or hood is supplied with a mixture of 10% hydrogen, 10% carbon dioxide, and 80% nitrogen from compressed gases. Inoculation and transfers can be performed in the glove box without risk of oxygen exposure. The alternative to an anaerobic chamber is a jar such as the GasPak system. When using jars, several are needed to contain uninoculated media and subcultured plates (i.e., plates containing a colony transferred from the primary isolate). The GasPak system uses a disposable envelope containing citric acid, sodium bicarbonate, cobalt chloride, and sodium borohydride. When water is added these react to form hydrogen gas. A catalyst, palladium, located in the lid converts the hydrogen and oxygen in the jar to water. Silica gel or paper towels are used to absorb the water, and an indicator strip of methylene blue is used to indicate anaerobic conditions. Methylene blue will be oxidized when the atmosphere contains oxygen causing formation of a blue color.

Gram staining is performed on the specimen at the time of culture. While infections can be caused by aerobic or anaerobic bacteria or a mixture of both, some infections have a high probability of being caused by anaerobic bacteria. These infections include brain abscesses, lung abscesses, aspiration pneumonia, and dental infections. Anaerobic organisms can often be suspected because many anaerobes have characteristic microscopic morphology (appearance). For example, Bacteroides spp. are gram-negative rods that are pleomorphic (variable in size and shape) and exhibit irregular bipolar staining. Fusobacterium spp. are often pale gram-negative spindle-shaped rods having pointed ends. Clostridium spp. are large grampositive rods that form spores. The location of the spore (central, subterminal, terminal, or absent) is a useful differential characteristic. The presence of growth, oxygen tolerance, and Gram stain results are sufficient to establish a diagnosis of an anaerobic infection and begin antibiotic treatment with a drug appropriate for most anaerobes such as clindamycin or vancomycin.

Gram-negative anaerobes and some of the infections they produce include the following genera:

Isolated organisms are always subcultured and the pure culture is tested in order to identify the organism. The identification of anaerobes is highly complex, and laboratories may use different identification systems. Partial identification is often the goal. For example, there are six species of the Bacteroides genus that may be identified as the Bacteroides fragilis group rather than identified individually. Organisms are identified by their colonial and microscopic morphology, growth on selective media, oxygen tolerance, and biochemical characteristics. These include sugar fermentation, bile solubility, esculin, starch, and gelatin hydrolysis, casein and gelatin digestion, catalase, lipase, lecithinase, and indole production, nitrate reduction, volatile fatty acids as determined by gas chromatography, and susceptibility to antibiotics. The antibiotic susceptibility profile is determined by the microtube broth dilution method. Many species of anaerobes are resistant to penicillin, and some are resistant to clindamycin and other commonly used antibiotics.

Preparation
The health care provider should take special care to collect a contamination-free specimen. All procedures must be performed aseptically. The health care professional who collects the specimen should be prepared to take two samples, one for anaerobic culture and one for aerobic culture, since it is unknown whether the pathogen can grow with or without oxygen. In addition, health care professionals should document any antibiotics that patient is currently taking and any medical conditions that could influence growth of bacteria.

Aftercare
In the case of venipuncture for anaerobic blood cultures, direct pressure should be applied to the venipuncture site for several minutes or until the bleeding has stopped. An adhesive bandage may be applied, if appropriate. If swelling or bruising occurs, ice can be applied to the site. For collection of specimens other than blood, the patient and the collection site should be monitored for any complications after the aspiration, biopsy, etc.

Special care must be taken by the health care team obtaining, transporting, and preparing the specimen for anaerobic culture. Poor methodology may delay the identification of the bacterium, may allow the patient's condition to deteriorate, and may require the patient to provide more samples than would otherwise be required. Patients may experience bruising, discomfort, or swelling at the collection site when tissue, blood, or other fluids are obtained.

Aseptic— Free from living disease-causing organisms; sterile and without contamination.

Sepsis— The systemic inflammatory response due to an infectious organism circulating throughout the body. Sepsis can progress to severe sepsis and septic shock, where blood pressure drops (hypotension), the blood supply to tissues decreases, and organs fail.

Venipuncture— Puncture of a vein with a needle for the purpose of withdrawing a blood sample for analysis.