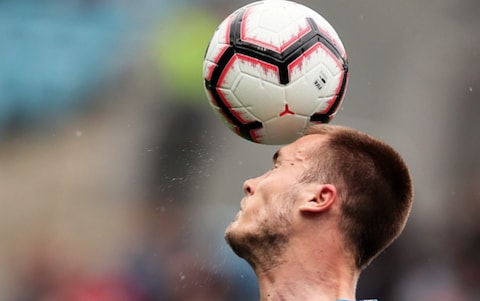 Former professional footballers are three and a half times more likely to die of dementia than people of the same age range in the general population, according to experts at Glasgow University have been investigating fears that heading the ball could be linked to brain injuries.
Current Alzheimer's disease medications may temporarily improve symptoms or slow the rate of decline. These treatments can sometimes help people with Alzheimer's disease maximize function and maintain independence for a time. Different programs and services can help support people with Alzheimer's disease and their caregivers.
There is no treatment that cures Alzheimer's disease or alters the disease process in the brain. In advanced stages of the disease, complications from severe loss of brain function  such as dehydration, malnutrition or infection result in death.

Email ThisBlogThis!Share to TwitterShare to FacebookShare to Pinterest
Labels: NEWS