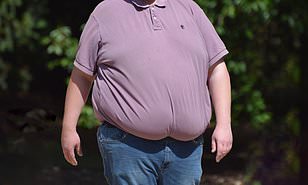 A person is obese when their Body Mass Index is higher than 30. The BMI measures a person’s weight in relation to their height, giving them a score. A normal BMI is 18.5 to 24.9.
The number of obese people in the world total is approximately 2.1 billion, which makes up about 30% of the total population. This number continues to rise. Over 3 million people each year die from obesity. The worldwide obesity rate has tripled since 1975.

< 10.00%
> 10.00%
> 15.00%
> 20.00%
> 25.00%
> 30.00%
> 35.00%
In addition to dramatically decreasing a person’s lifespan, the quality of life of an obese person is affected. There are numerous health risks, including higher risks of diabetes, heart disease and even certain types of cancer. Pregnant women that are obese may suffer from complications that can lead to health problems for the mother or child. Other health risks from diabetes include osteoarthritis, sleep apnea, kidney disease, strokes, and high blood pressure.
Obesity isn’t just limited to one part of the world. Nations everywhere have obese citizens. Some, however, have a far high proportion than others. These nations are categorized as the Most Obese Nations in the World. While some think that the richest and the most developed countries in the world are the most obese, this isn’t always the case. In fact, the United States and the United Kingdom are two of the most economically rich and developed countries in the world. However, they are only ranked 12th and 36th, respectively, when compared to other nations.
There have been multiple nations with small economies that have been classified as the most obese, and the World Health Organization says that the rising costs of healthy food and food scarcity in underdeveloped nations is a contributing factor to obesity.
The least obese countries in world have obesity rates lower than 2%. The five least obese countries in the world are Ethiopia, Bangladesh, Nepal, Eritrea, Madagascar.
The country of Nauru is the most obese country, with 61% of its population having a BMI higher than 30. The Nauru obesity problem, like many other South Pacific countries, is possibly attributed to Western settlers who taught them to fry their food and import less healthy food, abandoning their tradition cultivation, preparation and preserving skills.
Kuwait is the fourth most obese country, with an average BMI of 30. Kuwait's obesity is blamed on the arrival of American fast food restaurants, which have taken over and replaced local food. As a result, diabetes has also been on the rise in Kuwait.
Behind Nauru, Cook Islands and Palau are the second and third most obese nations, with obese people making up 55.9% and 55.3%, respectively. The top 10 most obese nations are as follows:
NUTRITION