Many women experience symptoms of Premenstrual Syndrome (PMS). In some instances the mood symptoms and emotional components of PMS are the most troubling. To women in such cases, PMS is often referred to as Premenstrual Dysphoric Disorder (PMDD).
Premenstrual Dysphoric Disorder is a more severe form of PMS, affecting 5-10% of women in their reproductive years. In contrast to PMS, PMDD is characterized by more significant premenstrual mood disturbance that can seriously impact relationships and impair functioning. Many women with PMDD experience clinical levels of depression or anxiety during the week or two before each menstrual cycle. It is not uncommon that the emotional symptoms of depression anxiety and irritability can seriously interfere with normal functioning and relationships.

RELATED: Weight gain may reduce risk of breast cancer before menopause
Common symptoms include: irritability, depressed mood, anxiety, or mood swings. Mood symptoms are only present for a specific period of time, during the luteal phase of the menstrual cycle. Symptoms emerge one to two weeks before menses and resolve completely with the onset of menses. Women with PMDD should experience a symptom-free interval between menses and ovulation. An estimated 40% of women who seek treatment for PMDD actually have a premenstrual exacerbation of an underlying mood disorder rather than PMDD. Therefore, it is important for patients to be carefully evaluated for the presence of an underlying mood disorder in order to develop the best treatment plan. 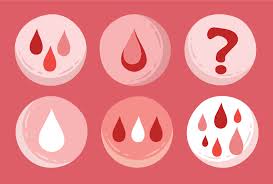 Menopause is defined as the permanent cessation of the menses. Perimenopause is defined as the transitional period from normal menstrual periods to no periods at all. At this time menstrual periods gradually lighten and become less frequent. The transition to complete menopause may last anywhere from a few months to a few years.
During the perimenopausal transition you may experience a combination of PMS and menopausal symptoms or no symptoms at all. Some normal symptoms of the perimenopause period are hot flashes, insomnia, vaginal dryness, and mood problems. Symptoms of perimenopausal depression are emotional flatness, “inability to cope,” irritability, social isolation, tearfulness, decreased energy, and failure to enjoy normal activities and relationships.


Times of intense hormonal fluctuation can cause increased vulnerability to depression. Perimenopause may be a period of increased vulnerability to the onset of depression in women with no prior history of depression. Since symptoms are gradual in onset, women will not recognize symptoms as part of a reversible disorder, but rather will interpret them as a permanent change in their life.
RELATED: How soon can pregnancy be detected?
at April 12, 2020