Clues about Covid-19 among the young and healthy 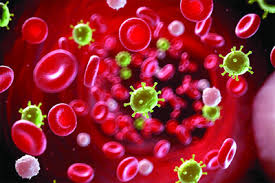 An investigation of a major coronavirus outbreak aboard the USS Theodore Roosevelt aircraft carrier may reveal clues as to how Covid-19 affects younger adults.

This is the first major look at Covid-19 infections among healthy young adults that the CDC has released, More than 1,000 of the ship's nearly 4,900-member crew tested positive for Covid-19 following the outbreak. After spending weeks at a port in Guam, the ship returned to sea last month.
The majority -- nearly 60% -- of sailors in the study who had antibodies had neutralizing ones, "a promising indicator of at least short-term immunity.
Most reported mild or no symptoms, and those who took preventive measures -- such as face masks and social distancing -- were less likely to become infected.
What we saw was that most of the infections were actually mild, in addition to those that were asymptomatic, And this is perhaps different from studies of older Americans, or maybe even those who were hospitalized already, and certainly much different from those with underlying health conditions. With a number of young people reporting mild, atypical, or no symptoms from the virus, "symptom-based surveillance might not detect all infections.

Most tested positive for antibodies

The report, published Tuesday, included a sample of 382 service members, with a median age of 30. According to the report, three-fourths were male. Nearly 60% of them tested positive for antibodies, and among them, 59% had also developed neutralizing antibodies by the time their blood samples were taken. Neutralizing antibodies bind to the virus, potentially disabling it from attacking human cells. In a handful of participants, these antibodies were detected more than 40 days after their symptoms began. However, because the data come from a single point in time, they note that longer studies will be needed to definitively show whether and how long these antibodies might protect against the virus.

Lower infection rate in those who took protective measures

Those who took preventive measures were also less likely to become infected. Sailors who wore face coverings were less likely to become infected (55.8% versus 80.8%), as were those who avoided common areas (53.8% versus 67.5%) and practiced physical distancing (54.7% versus 70.0%). Symptoms more closely associated with Covid-19 in this sample were loss of taste or smell, muscle pain, fever and chills. Two were hospitalized among the 238 in the study confirmed to have been infected with the virus. Officials are working to "tailor our public health practices to the unique characteristics of this adversary whose secret weapon, as you know, is the ability to be transmitted by an individual before they know they're infected.