Can the coronavirus really live for 3 days on plastic?

on March 20, 2020
For more than a week, people have been sharing an eyebrow-raising report that the novel coronavirus can live for 24 hours on cardboard, and up to three days on plastic and stainless steel. 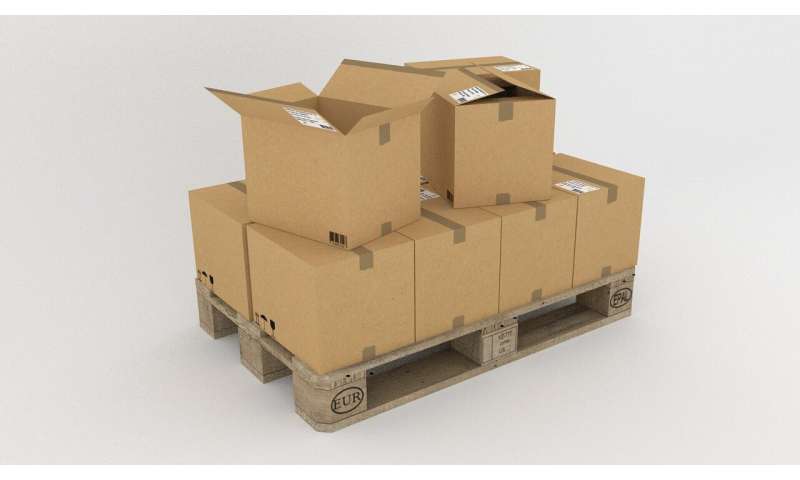 It can, but the details are more complicated, according to scientists who published the research behind those figures on Tuesday. The short version: Levels of the virus drop dramatically within a few hours, the authors wrote in the New England Journal of Medicine.

The key is what scientists refer to as a virus' half-life, or rate of decay: how much time it takes for half the microbes in a given sample to die.

When the scientists placed virus-laden droplets on plastic, they found that half of the virus was gone after about seven hours. Half of what remained was gone after another seven hours, and so on. By the end of Day Two, there was less than 1/100 of the original amount, and after three days the remnants were barely detectable.
READ ABOUT: Did FDA approve chloroquine to treat the coronavirus? Trump wrongly claims FDA ?

For stainless steel, the half-life for the virus was five or six hours, and for cardboard it was even shorter: less than four hours.

The surface on which the virus had the shortest duration was copper, which has long been known for its antimicrobial properties. When droplets were placed on the reddish metal, half of the virus died off within 45 minutes.

So what matters is how much virus is there to begin with, said Princeton University researcher Dylan H. Morris, one of the study authors. The more viruses deposited on a surface, the greater the amount that will be left when half of them have decayed.

Why the coronavirus and most other viruses have no cureHad researchers used bigger or more droplets, they would have detected some viruses remaining on plastic after more than three days, in theory.
READ ABOUT: Was COVID-19 (Corona Virus) genetically engineered?

"The absolute time until virus is undetectable depends upon how much virus you initially put there," said Morris, a Ph.D candidate in ecology and evolutionary biology.

The findings should offer some reassurance to those concerned about touching their mail, said Gregory A. Poland, a vaccine researcher at the Mayo Clinic in Rochester, Minn., who was not involved with the study.

Generally, the smaller the exposure to a virus, the less likely it will develop into a full-blown infection, Poland told Minnesota Public Radio on a call-in show broadcast nationally Wednesday. And when a virus is exposed to sunlight and warmer temperatures, as might be likely with mail, it is likely to decay even faster than what the scientists found in their indoor experiment, he said.

"The fact that you could identify a virus on a surface does not mean it is necessarily infectious," he said.

Still, it can't hurt to wash your hands after taking groceries out of the bag, opening a newly delivered envelope, or retrieving the newspaper. Soap and water does the job.
READ ABOUT: Truth about susceptibility of children to Corona virus(COVID19)

Morris and his fellow researchers also compared the viability of the new coronavirus on various surfaces with that of a different kind of coronavirus—the one that caused the SARS epidemic from 2002 to 2003. The results were similar, though the SARS virus decayed more quickly than the new virus did on cardboard.

The research team, which also included members from National Institutes of Health, the U.S. Centers for Disease Control and Prevention, and UCLA, plans a more comprehensive follow-up study: analyzing the hardiness of the new coronavirus at varying levels of temperature and humidity, as well as comparing it with the flu.

The goal of the first paper was speed, given the rapid growth of the outbreak, Morris said.

"For this paper, we wanted to just move as fast as we could while still getting reliable data," Morris said. "We knew people needed to know this for things like hospital and environmental safety models."