What is so unique about the Indian drug during this pandemic?

on April 10, 2020
India is the world's biggest manufacturer of hydroxychloroquine (HCQ), an anti-malarial drug that US President Donald Trump is pushing as a "game-changer" in the fight against COVID-19.

However, health officials around the world emphasize that there is no evidence that any drug, including HCQ, can cure or prevent a COVID-19 infection. But that hasn't stopped countries around the world asking India for shipments.

Trump threatened "retaliation" if India does not release stocks of the drug. Indian officials agreed quickly thereafter to partially lift the ban and said exports of HCQ and paracetamol would be allowed unhindered.
RELATED: Six drug candidates that may help treat COVID-19 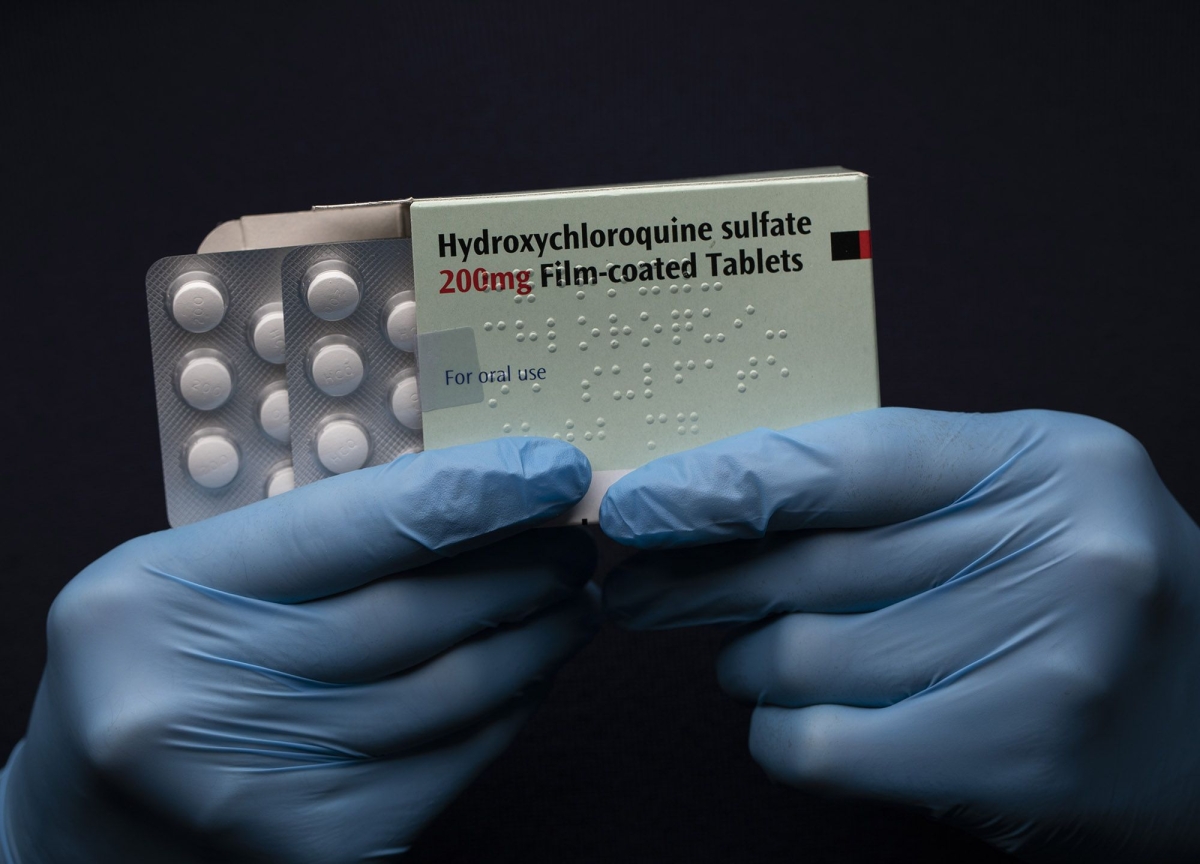 HCQ is generally prescribed as a treatment for rheumatoid arthritis, lupus and malaria.

However, scientists from the Indian Council of Medical Research (ICMR), the country's premier medical research body, have advised people not to take HCQ without a prescription. Chloroquine can be deadly if not dosed properly.
"The ICMR has approved the use of HCQ in some cases, but only at an experimental level. It is being recommended only for asymptomatic healthcare workers involved in the care of suspected or confirmed COVID-19 cases and asymptomatic household contacts of laboratory-confirmed cases," said scientist Raman Gangakhedkar.
An ICMR advisory said HCQ was found to be "effective against coronavirus" as a preventative medicine in laboratory studies and in-vivo studies.

However, as only a few clinical trials have shown limited success of the drug, scientists are warning against the mass-prescribing of HCQ to battle the COVID-19 pandemic.
Cautious optimism causing a boom?

According to "Fierce Pharma," a medical website drug data, European regulators are limiting HCQ use against COVID-19 to clinical trials only.

Despite early success in trials in China and France, the European Medicine Agency (EMA) emphasized that the efficacy of HCQ in treating COVID-19 has yet to be shown in studies.

In a study last month in the International Journal of Antimicrobial Agents (IJAA), French scientists reported that 20 cases were treated that showed a significant reduction of the viral carriage compared to controls, and much lower average carrying duration than reported of untreated patients in the literature.

However, the study was flagged as being too small to draw a definitive conclusion.

Currently, two large trials are underway to study the effectiveness of HCQ, and chloroquine, in COVID-19 treatment.

One is a solidarity trail run by the World Health Organization (WHO) to test a common HCQ treatment protocol.

Another is called the "chloroquine accelerator trial," Wellcome Trust and the Bill and Melinda Gates Foundation.
RELATED: Hydroxychloroquine is not effective for treating coronavirus, according to small trial

Medicine made in India

Apart from "sizeable" orders from the US, around 30 countries including Brazil and several South Asian nations, have asked India to supply them with HCQ. Reportedly, Indonesia, Australia and Germany have also reached out to Indian manufacturers of the drug.

Brazilian President Jair Bolsonaro was assured by Modi that a shipment of chemical precursors from India would be dispatched to boost Brazil's chloroquine production.

India is one of the world's largest producers and exporters of generic drugs, with the US and Europe heavily reliant on the supply. According to the India Brand Equity Foundation, India exported about $19 billion (€17.4 billion) worth of drugs in 2019, accounting for about one-fifth of the world's exports of generics by volume.

Indian pharma industry officials maintain that India has a sufficient supply of HCQ, and companies are ready to ramp up capacity to meet both domestic and export demand.

An estimated 200 million 200mg HCQ tablets can be churned out by Indian factories every month.

"The production capacity is sufficient to meet the current demand and if the need arises, the companies are committed to ramping up production," Jain said