History of Phage therapy against Superbugs 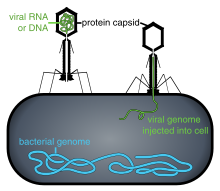 Phage Therapy is the therapeutic use of lytic bacteriophages (virus that cause bacterial cell lysis) to treat pathogenic bacterial infections.Initially described almost a century ago by William Twort, and independently discovered shortly thereafter by Félix d'Herelle (considered by many as the founder of bacteriophages and its therapeutic implication: the phage therapy).D'Hérelle said that the phages always appeared in the stools of Shigella dysentery patients shortly before they began to recover.He "quickly learned that bacteriophages are found wherever bacteria thrive: in sewers, in rivers that catch waste runoff from pipes, and in the stools of convalescent patients".

Why scientist loose interest in first place on phages as antibacterial agent?

While knowledge was being accumulated regarding the biology of phages and how to use phage cocktails correctly, early uses of phage therapy were often unreliable.Since the early 20th century, research into the development of viable therapeutic antibiotics had also been underway, and by 1942 the antibiotic penicillin G had been successfully purified and saw use during the Second World War. The drug proved to be extraordinarily effective in the treatment of injured Allied soldiers whose wounds had become infected. By 1944, large-scale production of Penicillin had been made possible, and in 1945 it became publicly available in pharmacies. Due to the drug's success, it was marketed widely in the U.S. and Europe, leading Western scientists to mostly lose interest in further use and study of phage therapy for some time.


Why there is renewed interest worldwide in the ability of phage therapy?

As a result of the development of antibiotic resistance since the 1950s and an advancement of scientific knowledge, there has been renewed interest worldwide in the ability of phage therapy to eradicate bacterial infections and chronic polymicrobial biofilm (including in industrial situations)


Obstacles and disadvantages of using phages

Comparison of the Prophylactic and/or
Therapeutic Use of Phages and Antibiotics
Don't forget to comment or send feedback for any query. Thank you for reading